The Future of the Past in the Digital Age 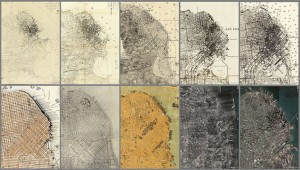 This March! Two illuminating panels that explore the intersection of digital technology and history. Whether you’re a researcher, writer, history teacher, student, archivist, historian, or simply a history buff, you’ll discover how today’s technology tools are changing the study and accessibility of all things historical forever.

Sunday, December 20, 2:00 pm, Monthly Program  via Zoom.
Oliver Pollak: The Arc of Our Own History, 1980-2020
B.Y.O. Holiday/anniversary party snacks & beverages
Amid 2020's procession of enormous events,the Institute commemorates and celebrates the 40th anniversary of our founding. Our own Oliver Pollak surfaces from immersion in the organization's newsletter archive, mountains of board minutes, and members’ reminiscences. His presentation illuminates our development from a small circle of young women scholars confronted by a desolate academic employment market, into the enduring forum, research and writing resource, and social hub that we know now. It’s a story of belonging, camaraderie, utility, and collaboration. Please join us in taking advantage of this opportunity to glance back and appreciate those who started the organization, why and how they did it, and how it has evolved along with its world. 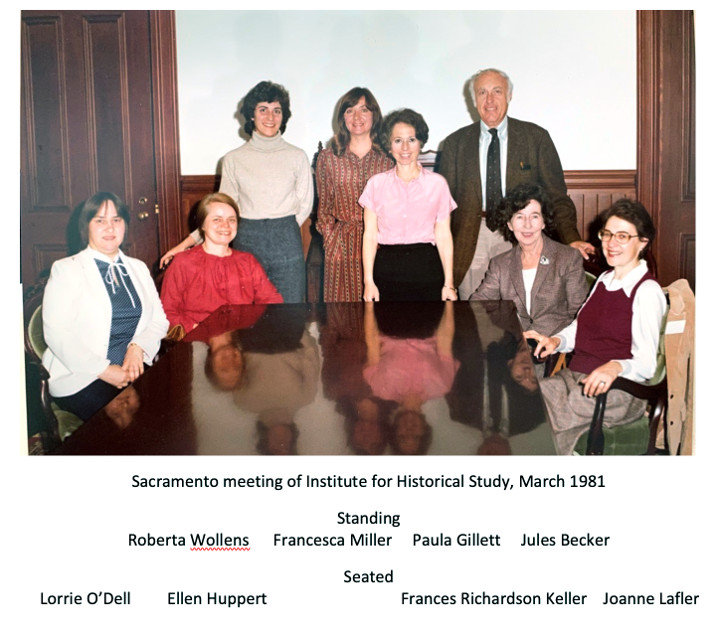 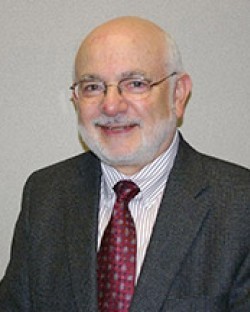 Oliver B. Pollak was born to German and Austrian refugees in England in 1943. The family emigrated to the U.S. in 1952. He earned a B.A. from California State University, Los Angeles; a Ph.D.in history at UCLA; and a law degree from Creighton University, in Omaha, Neb. Oliver taught at the University of Zimbabwe in the early 1970s, was a history professor at the University of Nebraska at Omaha from 1974 to 2012, and practiced law until 2016. He has written 11 books and hundreds of articles.He co-founded the Nebraska Jewish Historical Society and belongs to the Institute for Historical Study. His interests include print culture, higher education, Myanmar, Zimbabwe, and legal, food and Jewish history. Oliver and his wife, Karen, retired to Richmond in 2016.

This summer saw publication of John Graham’s Looking For Elves At Wood Creek: Hunting And Other Stories (TheBookPatch), which “follows my relationship with a ranch property that I visit in San Benito County. It covers some history of San Juan Bautista, Paicines, Tres Pinos, Highway 25 and local flora and fauna.”

Peter Stansky has just published Twenty Years On: Views and Reviews of Modern Britain (Pinehill Humanities Press). It is a selection of the pieces he has published over the last 20 years on aspects of British history and culture, notably on William Morris, the Bloomsbury Group, and George Orwell as well as other topics, introduced by an essay on how and why he became a historian of Britain. It is available as a paperback or an e-book from Amazon and other sites.

Elizabeth Thacker-Estrada completed a biographical sketch of Alice Charlotte Williams (1877-1945) for the Online Biographical Dictionary of the Woman Suffrage Movement in the United States. Williams served as the corresponding secretary of the New York State Woman Suffrage Association from 1905 to 1909. She was also a librarian. Liz appreciates the perceptive comments she received about the sketch from Institute members Joanne Lafler, Rose Marie Cleese, and Bonda Lewis.

Leslie Friedman’s play, “The Panel,” was the September offering of Play by Play, the organization presenting performance readings of new plays founded by Institute member Judith Offer. “The Panel” was originally accepted for March, but the pandemic cancelled the live event. Leslie was delighted to have The Panel read online and to receive many positive responses to it from audience members. After the reading Judith led a discussion about funding for the arts and diversity. On October 24 Leslie also presented her book The Dancer’s Garden at Stanford’s Company of Authors, an event founded and directed by Institute member and Stanford professor emeritus Peter Stansky. This program was originally slated for live presentation on May 2, but rescheduled for the Zoom format.

Bonda Lewis reports: “I’m doing my first show by Zoom on 28th October, for a Rotary meeting in Los Gatos. Is that sort of off-the-wall? I think so—but it’s an interesting challenge to perform for one camera—and that fixed—and no real audience. (Even when doing television, there are crew members and production types as sounding board.)

Ernie Hook notes that “I just finished an article on aspects of the history of therapeutic bloodletting, far I suspect from the general interests of almost all members.”

Kevin Knaus writes that he has recently started writing the biography of Amos P. Catlin, who came to California in 1849 and was active in mining, business, politics, and eventually was elected as a Sacramento County Superior Court Judge. “Catlin was a very honorable and ethical man. The drama and interest of his life comes not from personal failings, but the politics and law suits he was involved with.”