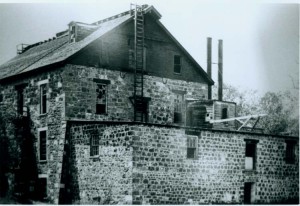 Institute members converged from the East Bay, South Bay, and San Francisco at the History Museum of Los Gatos on March 27th.  Dawn Maxson gave us a leisurely tour, beginning with the story of the handsome stone building, part of a flour mill from the 1850s that hosted rock concerts in the early 1970s. We learned about other tidbits of Los Gatos history, including that it became a kind of health resort because the air was considered good for people with asthma and lung diseases. The town had a “sketchy” reputation in the late nineteenth century and considered local prohibition of alcohol in 1906, but the measure was defeated. The website historylosgatos.org has a large archive of historic photographs and other information about the town.

We then toured the temporary exhibition, “American Bohemia: The Cats Estate in Los Gatos.” Photographs, memorabilia, a time line, home movies, and other materials told the story of Sara Bard Field and Charles Erskine Scott Wood, who bought the property in 1919 and moved there full time in 1925.

Several of us stayed in Los Gatos for dinner and an evening program sponsored by the museum. The guest speakers were Dona Munker of New York, who is writing a book, Sara and Erskine, An American Romance, and Tim Barnes of Portland, an expert on C.E.S. Wood. They made it clear that both Wood and Field were remarkable and controversial individuals. Their accomplishments and interests were too numerous to go into here, but each has an article in Wikipedia. Notable visitors to The Cats included Ansel Adams, Benny Bufano, Bennett Cerf, Charlie Chaplin, Robinson Jeffers, Eleanor Roosevelt, Carl Sandberg, John Steinbeck, and Lincoln Steffens. 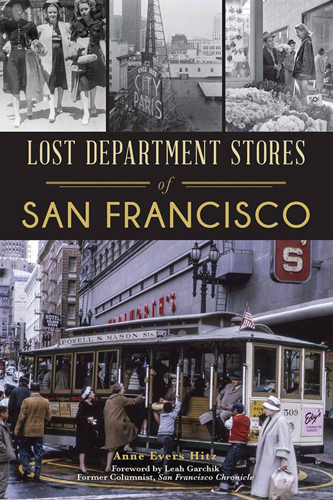 In the late nineteenth century, San Francisco's merchant princes built grand stores for a booming city, each with its niche. For the eager clientele, a trip downtown meant dressing up — hats, gloves, and stockings required — and going to Blum's for Coffee Crunch Cake, or Townsend's for creamed spinach. The I. Magnin empire catered to a selective upper-class clientele, while middle-class shoppers loved the Emporium department store, with its Bargain Basement and Santa for the kids. Gump's defined good taste; the City of Paris satisfied desires for anything French; and edgy, youth-oriented Joseph Magnin ensnared the younger shoppers with the latest trends. Drawing on the memories of former employees and native San Franciscans, Anne looks back at the strong, colorful personalities who created six major stores — including Gump's (revived recently, greatly reduced) and White House — that defined shopping in San Francisco before the eras of big-box stores and the Internet.  Anne Evers Hitzis an IHS member and proud fifth-generation San Franciscan with a longstanding interest in The City's history and lore. 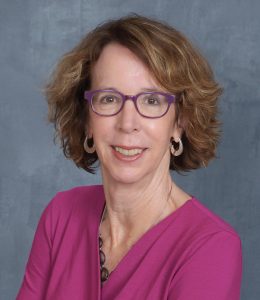 She is the author of Emporium Department Store (Arcadia, 2014), San Francisco's Ferry Building (Arcadia, 2017), and Lost Department Stores of San Francisco: Six Bygone Stores That Defined an Era (The History Press, 2020). She is a guide at the Ferry Building for City Guides, a group of local volunteers who give free walking tours of San Francisco. A graduate of UC Berkeley, Anne is a writer, editor, and project manager who has had her own communications consulting firm in San Francisco for over 25 years. She worked as publicity director for the University of California Press and as an editorial assistant at the publishers Oxford University Press and Farrar, Straus & Giroux in New York. Anne received an IHS mini-grant to assist in the preparation of her latest book.